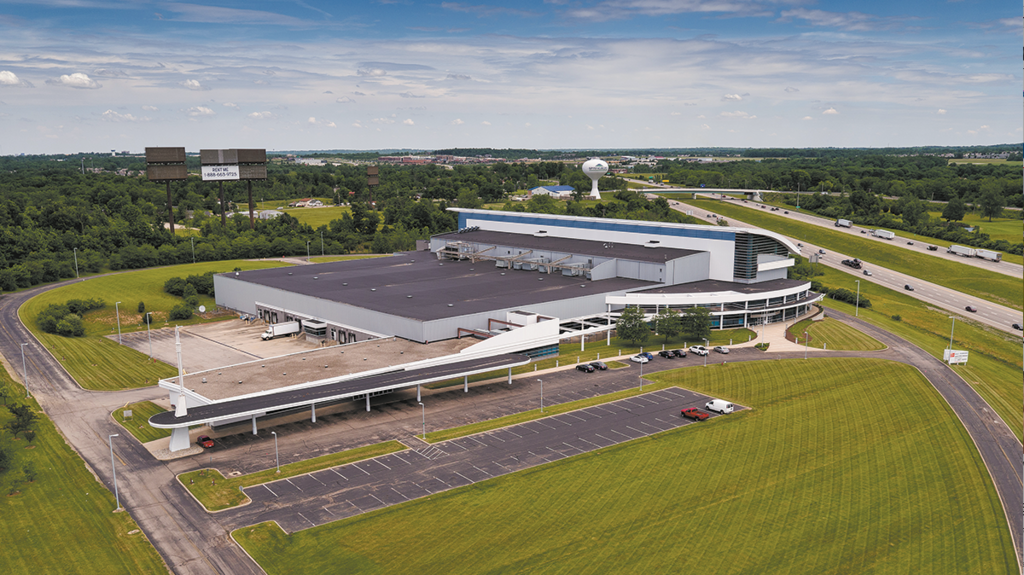 An Italian manufacturer has purchased the former Dayton Daily News printing building along Interstate 75 and plans to create 100 new jobs at the facility.

Modula Inc., a manufacturer of automated storage systems, purchased the building at 5000 Commerce Drive in Franklin from an affiliate of Capital Environmental Risk Transfer Alliance for nearly $13.2 million. There, Modular will open its second U.S. location to expand its manufacturing capacity and increase its access to customers across the country. The total investment in the property is expected to be $26.5 million.

Antonia Pagano, chief executive officer of Modula, said the company has been growing globally at a pace of almost 25% year-over-year for the last five years, with the North American market growing at a faster rate in the last two years.

“After an accurate analysis, we chose Ohio and particularly the Cincinnati area because of the excellent position, the great industrial presence and the high professionality of JobsOhio and REDI Cincinnati, who helped us in the whole process,” Pagano said in a news release. “We are sure that Modula will have a good impact in the local community of Franklin, and we are excited to start our new adventure there.”

Modula had initially planned to expand in the U.S. by establishing separate new manufacturing operations and a logistics hub. The company decided the former DDN printing building, which has about 190,000 square feet of manufacturing and warehouse space, plus about 62,000 square feet of office and lab space, met its needs for both. Modula will locate its manufacturing and logistics operations in the building and has committed to hire 100 employees at its new facility.

The building’s location and the surrounding infrastructure to support its delivery of products were other reasons why Modula selected this property for its operations. The company also credited the previous owner, CERTA, for maintaining the building and keeping it move-in ready.

“Modula’s investment in Franklin is a unique opportunity that combines foreign direct investment and one of our target industries—advanced manufacturing—into an iconic building,” Kimm Lauterbach, REDI Cincinnati president and CEO, said in a release.

Franco Stefani, chairman of Modula, said the goal is to eventually have production capacity of 2,000 vertical lift modules per year in the building.

The site also offers Modula the ability to expand. It sits on about 57 acres, with about 83,000 cars per day passing the property.

Chuck Ackerman, Bill Keefer and Todd Cochran with Colliers International were hired by CERTA to find a new tenant for the building. Ackerman said it could be the most identifiable industrial building in the region.

“It checks all of those boxes of a top-notch-superior industrial building, and critically, it provides extra land for future company growth,” Ackerman said in a release.

Modula designs and manufactures automatic vertical warehouses, also know as vertical lift modules, suitable for any industrial sector or environment. The modules are designed to reduce occupied floor space by 90%, increase productivity, speed up picking throughput and improve warehouse efficiency by reducing risks to people and goods. The company has more than 600 employees around the world and its 2018 sales were more than $150 million.